Components of Uninterruptible Power Systems (UPS) That may Fail

Components of Uninterruptible Power Systems (UPS) That may Fail

When it comes to electronics, an uninterruptible power supply is a complicated device with many components that degrade with time and usage. This makes it essential for clients to have regular maintenance performed on their UPS systems to guarantee that they are operating properly and to ensure that the components that are known to degrade with age and usage are being closely watched and monitored. 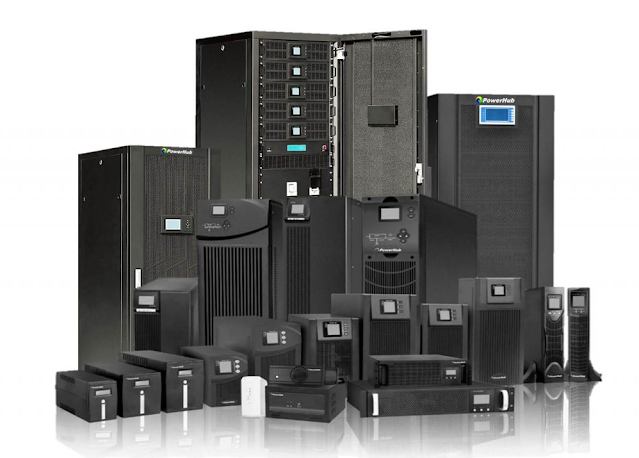 It is essential to constantly check and modify the operational settings of the control circuitry on analogue-designed UPS systems in order to guarantee that the UPS is functioning in the most efficient mode possible. There are fewer changes to be required with digitally built UPS systems since, unlike their analogue counterparts, the circuits do not change with the aging of their components. There are a number of components in the power circuits that must be checked and changed on a regular basis, in addition to the batteries and fans, to ensure that the system is operating properly. A maintenance contract with a reliable firm that specializes in power protection is highly recommended, particularly if you anticipate needing emergency service 24 hours a day, 365 days a year.
All of the components discussed in this section have a known design life that is dependent on their working environment. Normal working circumstances would imply that the UPS and its battery be placed in a clean, dry area with an ambient temperature that does not exceed 20 degrees Celsius on a consistent basis. In addition, it is widely agreed that it is more advisable to run the UPS at a load that does not exceed 80 percent of its kW rating when possible.

Note that battery life is decided by the manufacturer and is usually stated with the assumption that the battery will be used at an ambient temperature of 20 degrees Celsius and not exceed 25 degrees Celsius. UPS systems commonly utilize sealed valve controlled lead acid batteries. The design life of the battery will be stated by the manufacturer in terms of 3-5 years or 7-10 years, with unusual instances being as long as 10-12 years in certain circumstances. The lower number often given takes into consideration both the ac ripple on the dc charging current of bigger UPS systems as well as the fact that the battery has less airflow around it on smaller UPS systems, according to industry standards.
It is feasible to monitor the life of the battery by performing a controlled battery discharge on a regular basis (every six to twelve months), testing each bloc on float (normal operation), and after a certain amount of time. Additionally, as a matter of "best practice," one should not repair a battery string with a 3-5 year life span in year 3, since the new bloc will most likely create additional issues.
Performing impedance testing and comparing the results over a period of time to the recommended values provided by the battery manufacturer is an alternate way of monitoring battery performance and the performance of batteries.
Due to chemical activity caused by discharges (both controlled and main failures) and ripple current provided by many UPS systems on the DC bus, a valve regulated sealed lead acid battery will give up hydrogen throughout the course of its lifetime. It is impossible to replace the hydrogen in this battery, and, as a consequence, the amount of AH that the battery can sustain decreases with time. If the battery is continuously used past its intended life, the danger of fire increases significantly. As a consequence, the battery will overheat since it will be unable to sustain the current demand produced by its internal chemical reaction and will eventually burn up owing to the chemical reaction's inability to be halted.
When it comes time to change batteries, choose a firm that will remove the old batteries and install the new ones at the same time to prevent any disruption to your mission-critical operations.

Generally speaking, depending on the manufacturer, they have a working life of 3-5 years on average. They are utilized for two purposes: cooling the heat sinks of power components and removing excessive heat from wound components like transformers that are located inside the enclosure. Whenever a failure occurs, the temperature rises rapidly, causing an overheating warning to sound and the inverter or rectifier/charger to shut down, with the load being transferred to the utility mains (reserve supply) through the static switch. The load will no longer be shielded from any fluctuations in the utility mains.
A fan redundancy feature will be included in the design of certain uninterruptible power supplies (UPS), allowing the UPS maker to provide an indicator of fan failure without affecting the load due to inverter shutdown. A regular replacement schedule performed during maintenance visits will enable this work to be completed under controlled circumstances rather than having to wait for a breakdown and the associated loss in load protection to occur before beginning.
Besides having a smoothing effect on the battery charging current, DC capacitors also serve as a reservoir of instantaneous power for the inverter switching devices (thyristors, transistors, or IGBT's), as previously stated. With time, they become less effective, and two things can happen: one is that the battery ripple current increases, and the other is that the inverter can fail to operate under load because it is unable to derive sufficient current from the rectifier/charger to supply the switched mode waveform that makes up the sinusoidal output waveform, as it can not derive sufficient current from the rectifier/charger. At its most extreme, the chemical reaction may become so violent that the safety valves will open, in some instances just producing a leak, in others causing a full-blown fire. In an unusually efficient manner, the inverter will often shift the load to reserve without causing any interruptions. Of course, there is the expense of the fire department's presence as well as the cost of refilling the extinguishant. The typical design life for DC capacitors is about 5 years, which is comparable to the battery life. This may be checked by measuring the ac ripple current during routine maintenance of your uninterruptible power supply.
alternating current capacitors (AC capacitors): alternating current capacitors serve as a filter to guarantee that the UPS output waveform is sinusoidal within a narrow tolerance, as well as a reservoir for out of phase loads.
Again, the capacitors are comparable in some ways to DC capacitors in terms of the harm they may cause if they are not properly maintained. They should be checked on a regular basis in the same way that DC capacitors are, but this time for balanced currents in the case of a three-phase output UPS system, case temperature, and the "purity" of the alternating current output waveform, instead of balanced currents in the case of a single-phase output UPS system. In the case of a failure, the consequences are more severe: not only does the fire department come on the scene, but the cargo is also lost.
Location: